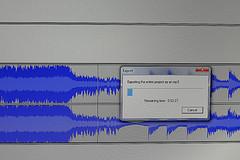 One may even say that the manufacturer becomes the distributor of despair. In situations where the director is aware that there is no qualitative distributor, which satisfies the request, begins to develop its own system. I think that this – the root cause. If it were normal distributors, none of the director of production company did not bind to an own distribution. We, as a producer, had to withdraw its snack brands of "mass grave" of the general price list. Cherished goal of Snack Export was the desire to take our snacks from the Dnepropetrovsk regional to national level, the quality sold and increase the speed to make our brands the first numbers in specific segments of the Ukrainian snack market.

The first brand team and affiliates (not counting the Dnipropetrovsk) began working in western Ukraine – where distributors were more loyal and less spoiled than their eastern counterparts. Distributors in eastern Ukraine (including distributors Dnipropetrovsk), with millions of revolutions, simply not interested in working with young, aspiring trademark. And no matter how much the company Snack Export or waved before their noses a business plan and strategy, brand development, no matter how much the director did not say that after 2 year sales of snack foods in this group will grow by tens of times – this one was not paying attention. Distributors needed momentum from sales here and now. Distributor profitable and easier to work with the brand, which promoted and sold by itself and the manufacturer is very hard to explain what your product in the future will become a popular and profitable. .